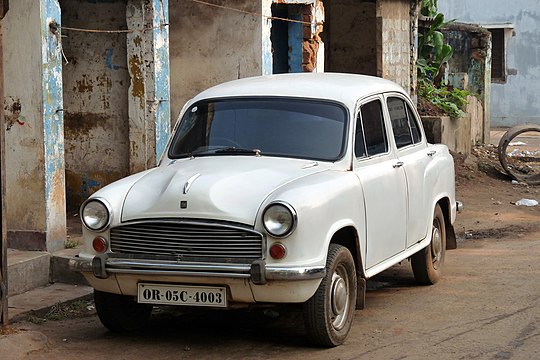 The Hindustan Ambassador was an automobile manufactured by Hindustan Motors of India. It was in production from 1958 to 2014 with few improvements and changes over its production lifetime. The Ambassador was based on the Morris Oxford series III model, first made by Morris Motors Limited at Cowley, Oxford in the United Kingdom from 1956 to 1959.
🗃 Category Compact car
💺 Seats 5
📈 Quotation $14,043
🧮 Produced 4,000,000