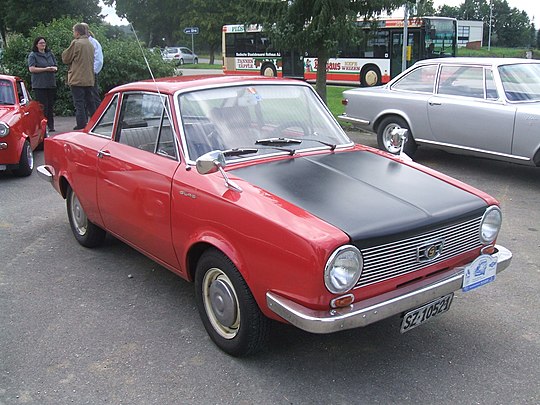 In 1960 the company's research workshop came up with an engine that used an unconventional camshaft drive. Product developer Leonhard Ischinger, who had joined Glas from BMW, had produced a four-cylinder OHC engine with valve gear driven using a toothed rubber cam-belt, which at that time was a novel idea. The 992 cc engine provided a maximum output of 31 kW (42 PS) at 5,000 rpm. During 1961 the company added a modern coupé body using the chassis of the Glas Isar which for this application had been lengthened by 10 cm. The result was the 1004 prototype which appeared at the Motor Show in September of that year.
🗃 Category
💺 Seats
📈 Quotation $206,667
🧮 Produced