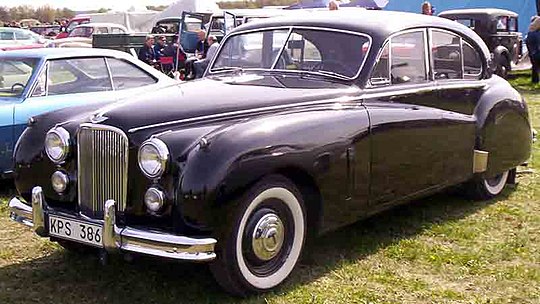 The Jaguar Mark VII is a four-door luxury car produced by Jaguar Cars of Coventry from 1951 to 1956. Launched at the 1950 British International Motor Show as the successor to the Jaguar Mark V, it was called the Mark VII because there was already a Bentley Mark VI on the market.[citation needed] A version of the Jaguar Mark V with the XK engine had been designated as the Mark VI, but it is thought that only two were built.[2]
🗃 Category Full-Size Luxury
💺 Seats
📈 Quotation $36,250
🧮 Produced