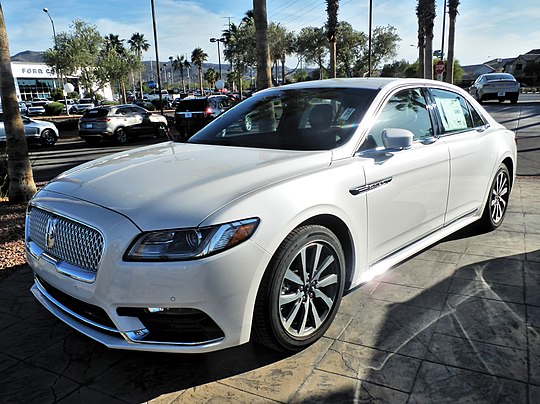 Within the Lincoln model line, the Continental has served several roles ranging from its flagship to its base-trim sedan; from 1961 to 1976, the Continental was the sole model line sold by the division. As part of its entry into full-scale production, the first-generation Continental became the progenitor of an entirely new automotive segment, the personal luxury car. Following World War II, the segment evolved into coupes and convertibles larger than sports cars and grand touring cars with an emphasis on luxury and style over handling. From 1956 to 1957, the Continental nameplate also saw use in the short-lived Continental Division, marketing the 1956–1957 Continental Mark II as the worldwide flagship of Ford Motor Company; as a second successor, Ford introduced the Continental Mark series in 1969, produced over five generations to 1998.
🗃 Category Full-Size Luxury
💺 Seats 5
📈 Quotation $25,966
🧮 Produced 1,600,000