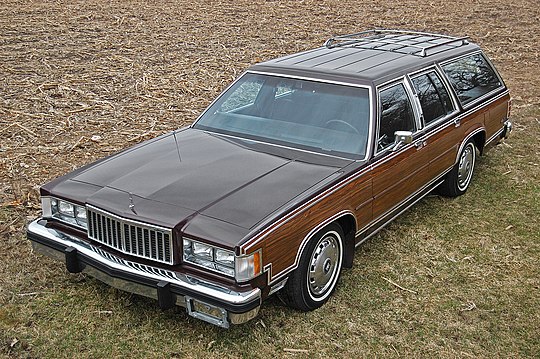 As the minivan and four-door SUV segment expanded in the late 1980s, sales of full-size station wagons declined, including the Colony Park. As the Ford Crown Victoria and Mercury Grand Marquis sedans underwent a major redesign for the 1992 model year, the station wagon body style was dropped from the model lineup, leaving the Colony Park with no direct replacement (through the closure of the Mercury brand).
🗃 Category Full-size
💺 Seats
📈 Quotation $6,170
🧮 Produced 124,027