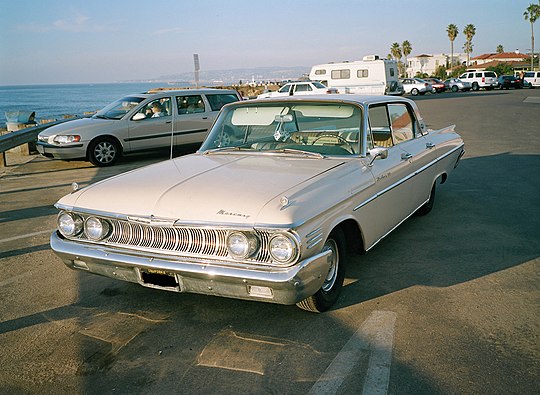 Meteor was first used by Ford of Canada as the brand name for a distinct line of models introduced in 1949. The standalone Meteor brand name used then-contemporary Ford models, trimmed specifically for the Canadian market with unique grilles, taillights and other trim to marginally differentiate them from the Ford vehicles. This was done to give Canadian Lincoln-Mercury dealerships a product to sell in the low-price field, similar to Ford of Canada dealerships offering the Monarch line of lower-price vehicles which were actually another variation of Ford models with unique trim and model names. This was typical practice in the Canadian market (compared to that of the United States), where smaller towns might have only a Ford dealer or a Lincoln-Mercury dealer, but often not both. The introduction of Meteor also gave Lincoln-Mercury a direct competitor to the GM Pontiac brand in Canada.
🗃 Category Full-Size (1961) Mid-size (1962–1963)
💺 Seats
📈 Quotation $7,395
🧮 Produced