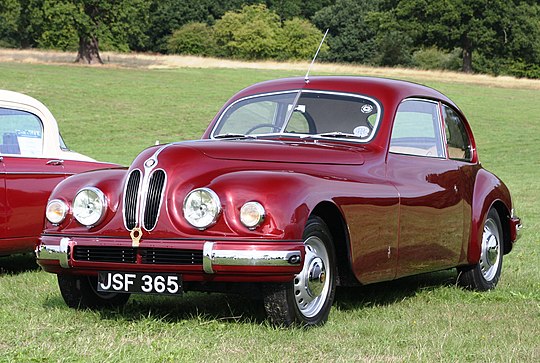 Although mechanically the 401 and 402 used an improved version of the BMW M328 hemi-head engine and its unusual arrangement of two separate pushrods to operate the exhaust valves (necessitated by the hemispherical combustion chambers and opposite facing valves) used in the 400, the styling was a huge advance on the pre-war bodies of that first Bristol model. It was inspired by the Milanese designer, Carrozzeria Touring, and its most notable feature was that the door handles were not exposed and to open the doors the owner pressed a button into a groove in the door. The body also was more spacious than the 400 and was a full five-seater.
🗃 Category Sports Car
💺 Seats 4+
📈 Quotation $52,412
🧮 Produced