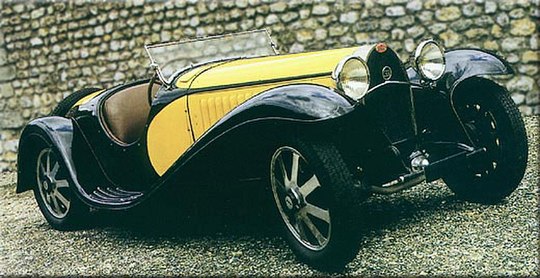 The Type 55 was introduced at the 1931 Paris Motor Show and that particular car, chassis 55201, was subsequently purchased by the Duke of Tremoille.[1] It was available starting in 1932 and was produced until 1935, with the last car being delivered on July 30th of that year. 38 cars were produced in total. The majority of Type 55s had factory bodywork designed by Jean Bugatti, with 16 of the 38 wearing 2-seater roadster bodies and another 7 wearing coupe bodies, both of his design. Of the other 15, 11 were bodied by outside coachbuilders and the other four are unidentified.[2] None of the factory bodied cars had doors which made them far less practical than the cars bodied by external coachbuilders, most of which did have doors. The Type 55 was often criticized by reviewers for its lack of practicality and for being deafening to ride in, due to a combination of noisy mechanicals and straight cut gears.
🗃 Category None
💺 Seats
📈 Quotation $2,300,000
🧮 Produced 38