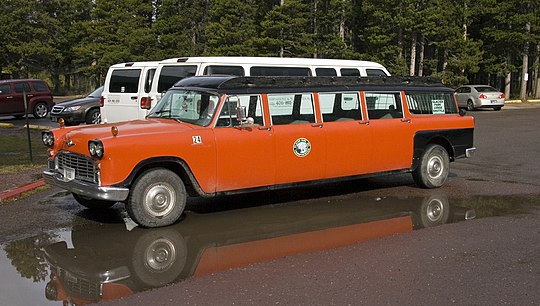 Meant primarily to serve as an airport shuttle, as indicated by the name, it is an extended version of the iconic Checker Marathon. From its introduction through the 1964 model year, the Aerobus used Chrysler V8s, but when Checker Motors shifted from Continental to Chevrolet engines for 1965, the Aerobus line followed suit.[1]
🗃 Category Full-size limousine
💺 Seats
📈 Quotation $15,200
🧮 Produced