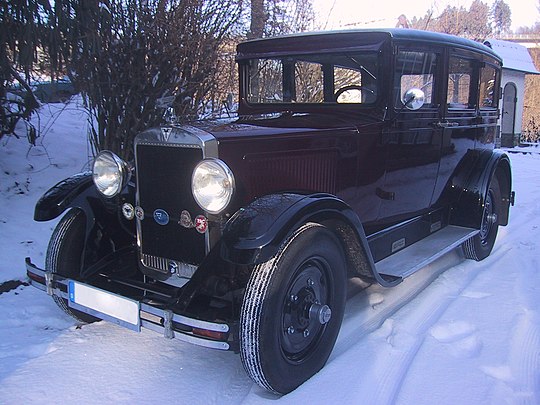 The rear-wheel drive Favorit as produced till 1933 was also sometimes known as the Adler 8/35 PS, respecting a traditional style of nomenclature in which the “8” represented the car’s tax horsepower and the “35” its actual horsepower. The German Finance Office had actually in 1928 replaced “Tax horsepower” with “Tax engine capacity” as a determinant of the amount of annual car tax with which a car’s keeper would be burdened. Due to simplifying roundings applied by the German Finance Office in converting the actual cylinder dimensions to “Tax engine capacity”, cars of this period sometimes have their actual engine size quoted, which in the case of the Favorit was 1,943 cc, and sometimes their engine size for taxation purposes, which in this case was only 1,930 cc.
🗃 Category None
💺 Seats
📈 Quotation $-nan
🧮 Produced