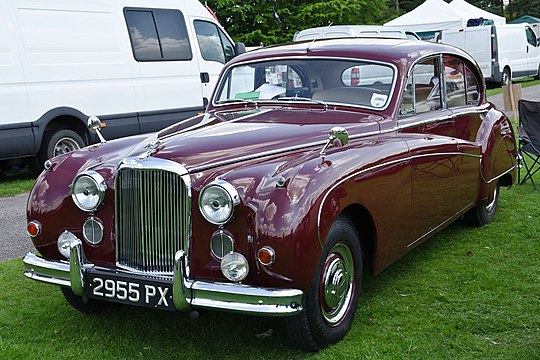 The Jaguar Mark IX is a four-door luxury saloon car produced by Jaguar Cars between 1959 and 1961. It replaced the previous Mark VIII. The early versions were identical in exterior appearance to the Mark VIII except for the addition of a chrome "Mk IX" badge to the boot lid. Later versions had a larger tail-lamp assembly with the addition of an amber section for traffic indication, visually similar to the tail-lights of the smaller Jaguar Mark 2. It was replaced by the lower and more contemporary-styled Mark X in 1961.
🗃 Category Full-Size Luxury
💺 Seats
📈 Quotation $45,000
🧮 Produced